Icahn School of Medicine at Mount Sinai and

Dr Gretz is a global leader and innovator in gynecologic surgery. He is a Clinical Professor of Gynecology and Minimally Invasive Surgery at the Icahn School of Medicine at Mount Sinai. He specializes in gynecologic oncology & minimally invasive surgery. Dr. Gretz has performed thousands of surgical procedures in the management of benign and malignant conditions. Dr. Gretz has been performing laparoscopic hysterectomy and robotic procedures since 2005. Dr Gretz was the first surgeon in Westchester and Fairfield county to perform a robotic single site hysterectomy.

Single-Site Robotic Surgery (RSS) allows the physician to perform surgery through one incision in the belly button area. Dr Herbert Gretz has been performing this surgery since 2013 and has recently presented initial findings at the International Minimally Invasive Congress in Dubai, UAE in March.

Dr. Gretz and co-authors have completed White Plains Hospital based research and recently published the results of their study evaluating TAP Block vs Local Analgesia In Gynecologic Laparoscopy. These findings were also presented at AAGL international meeting in Barcelona Spain in June.

Using the multi-port da Vinci robotic surgical system surgery can also be  performed through a few small incisions. Combining this approach with the system’s near- infrared imaging (NIR) capability in combination with the fluorencent dye indocyanine green (ICG) we can now identify SLN which glow under NIR imaging. We use the term firefly to describe the imaging because the SLNs glow like  fireflies under NIR imaging (See Figure 1). This technique helps us identify sentenal  lymph nodes more easily.  This ability may reduce the need a full pelvic lymph node dissection. This could reduce the risk of post-operative lymphedema in the lower extremity. 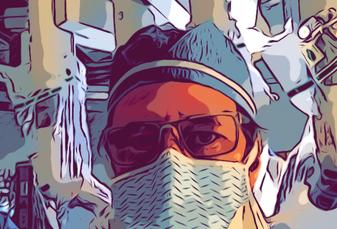 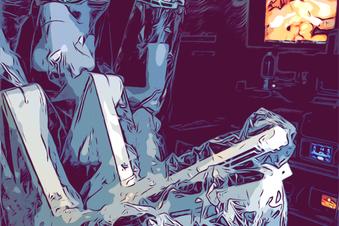 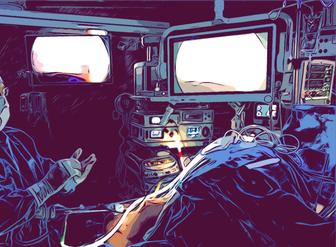 ​Experience You Can Trust

With the da Vinci system, surgeons make just a few small incisions - similar to traditional laparoscopy. The da Vinci System features a magnified 3D high-definition vision system and special wristed instruments that bend and rotate. Your surgeon is 100% in control of the da Vinci System, which translates his or her hand movements into smaller, precise movements of tiny instruments inside your body. Through the use of the da Vinci® Surgical System, surgeons are now able to offer another minimally invasive option.

Our mission is to provide personalized, high-quality care, patient centered care to Minimally Invasive and Robotic Surgery patients in New York and the metropolitan area.

His specific area of expertise is minimally invasive surgery including either robotic or laparoscopic procedures. These operative techniques typically shorten hospital stays, and allow patients to recuperate faster. Dr. Gretz operates with the philosophy that each woman needs to be considered individually, and that every surgery should be tailored to the disease process and needs of each patient.